Do you see this dog? This dog looks like a dog who isn’t allowed in a cafe. I knew that from its optimistic little face as I opened the floor, but the cafe was empty when I arrived so of course I let my new friend take shelter from the rain with us.

Unfortunately the cafe owner soon arrived and sent doggo back out to wander the garden centre. Mean.

I was supposed to be meeting a friend in the afternoon but she was poorly so we didn’t have any plans. I had meant to rush out in the morning to get baby hand and foot prints on pottery for a (grand) fathers day present. But now we had a free schedule we had a chilled out morning and wandered off at lunchtime.

We went to The Potting Shed and had a little jug made with hand and footprints for my Dad. As I was feeling kind I made a mug for my ex as well with a hand and footprint that said Daddy. Not entirely selfless, I’m mostly hoping he remembers this when it rolls around to mothers day next year. But obviously he is a man so it’s fairly unlikely.

Anyway here are some photos I took before the cafe was bombarded with a coach load of pensioners shouting ‘Joan can you believe it’s £2.30 just for a cup of tea?!’ and lots of ‘look at that little boy’ (Emily) 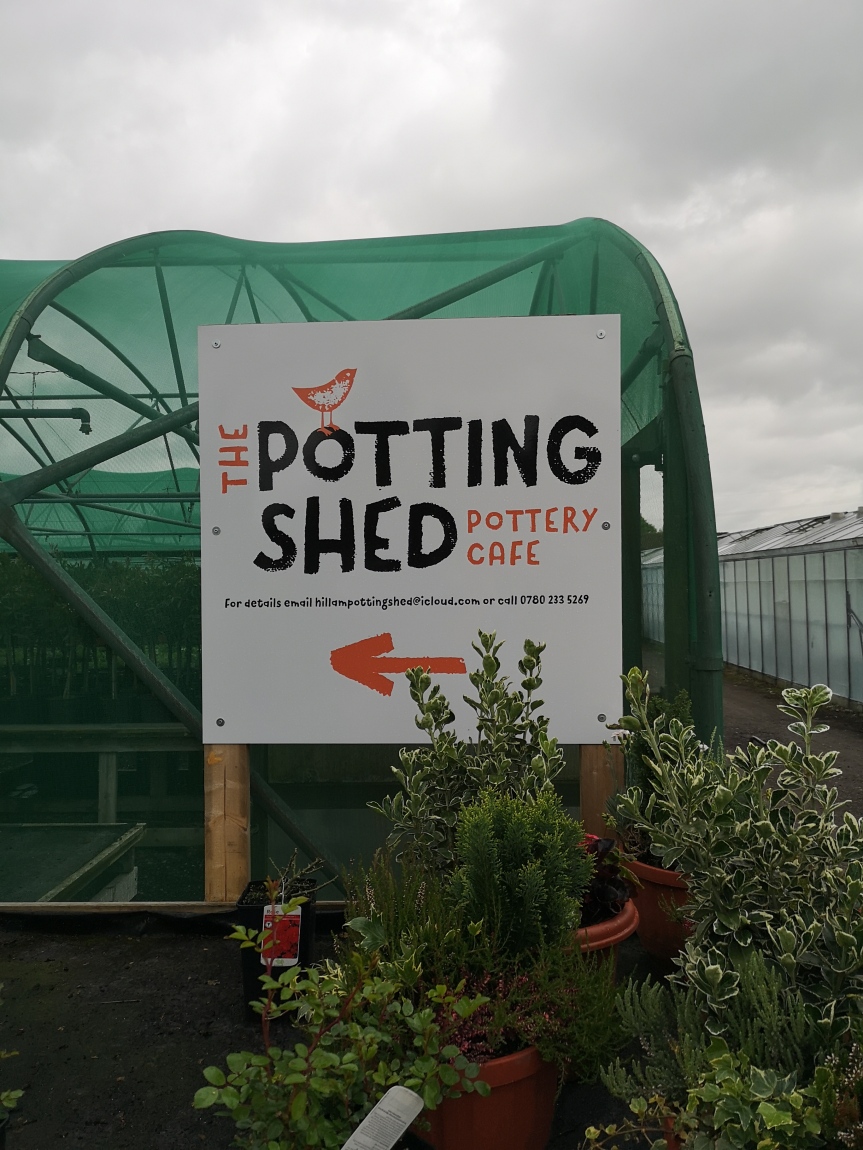 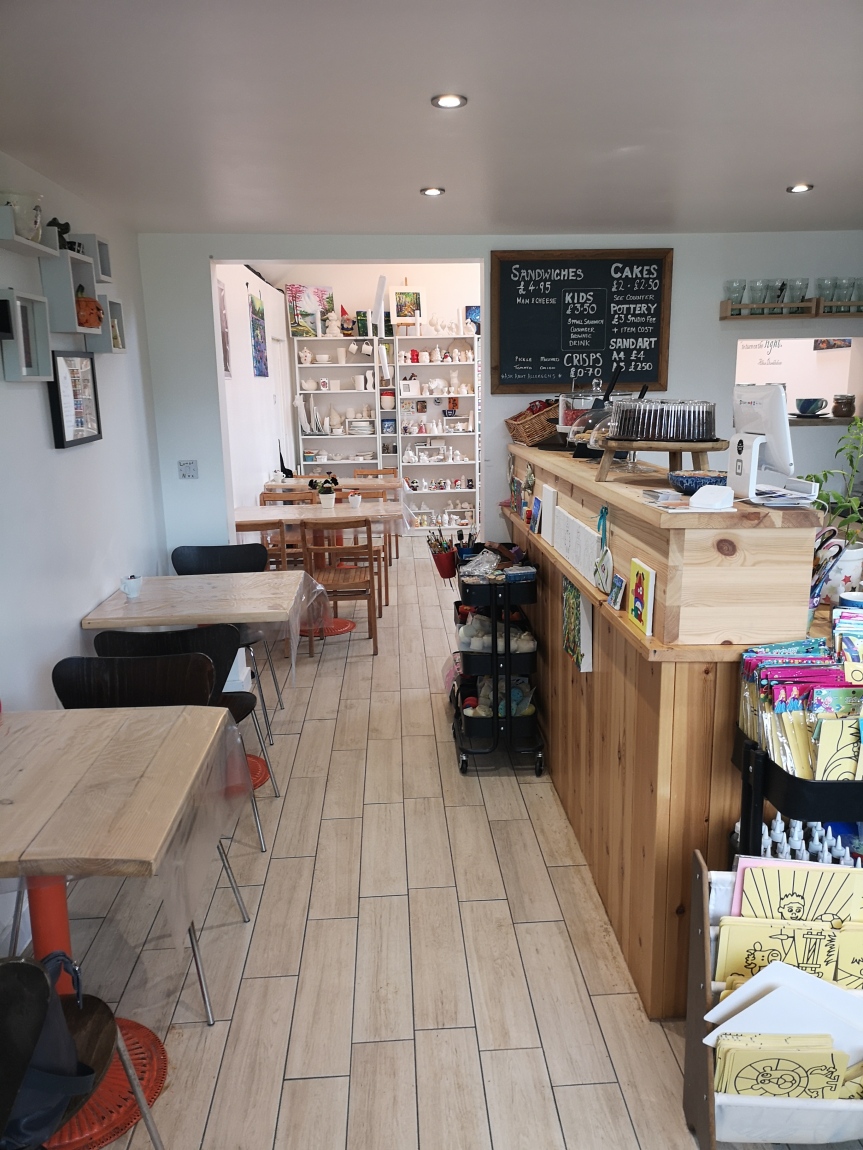 I didn’t take this until the cafe was full and more than one person made a point of the fact I was taking a photo of a wall: 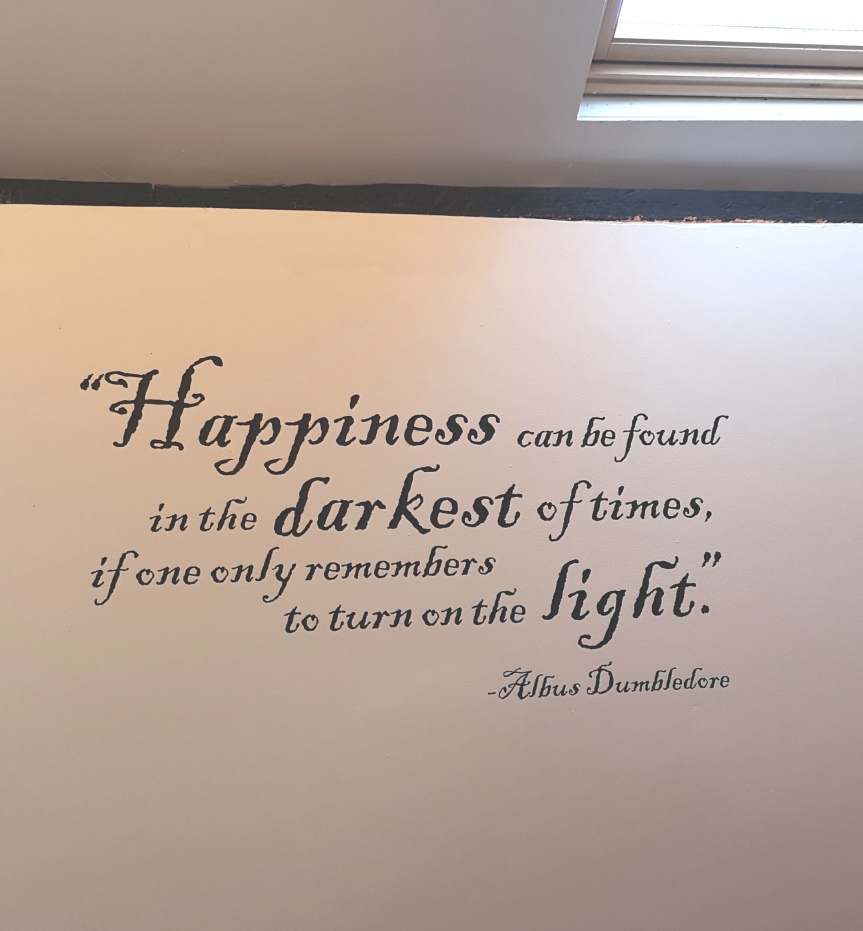 They have a good outside play are and plenty of tables so it would be a good place when Emily is toddling around:

(as an aside those pink cars were my ultimate goal when I was little. A goal I never achieved) 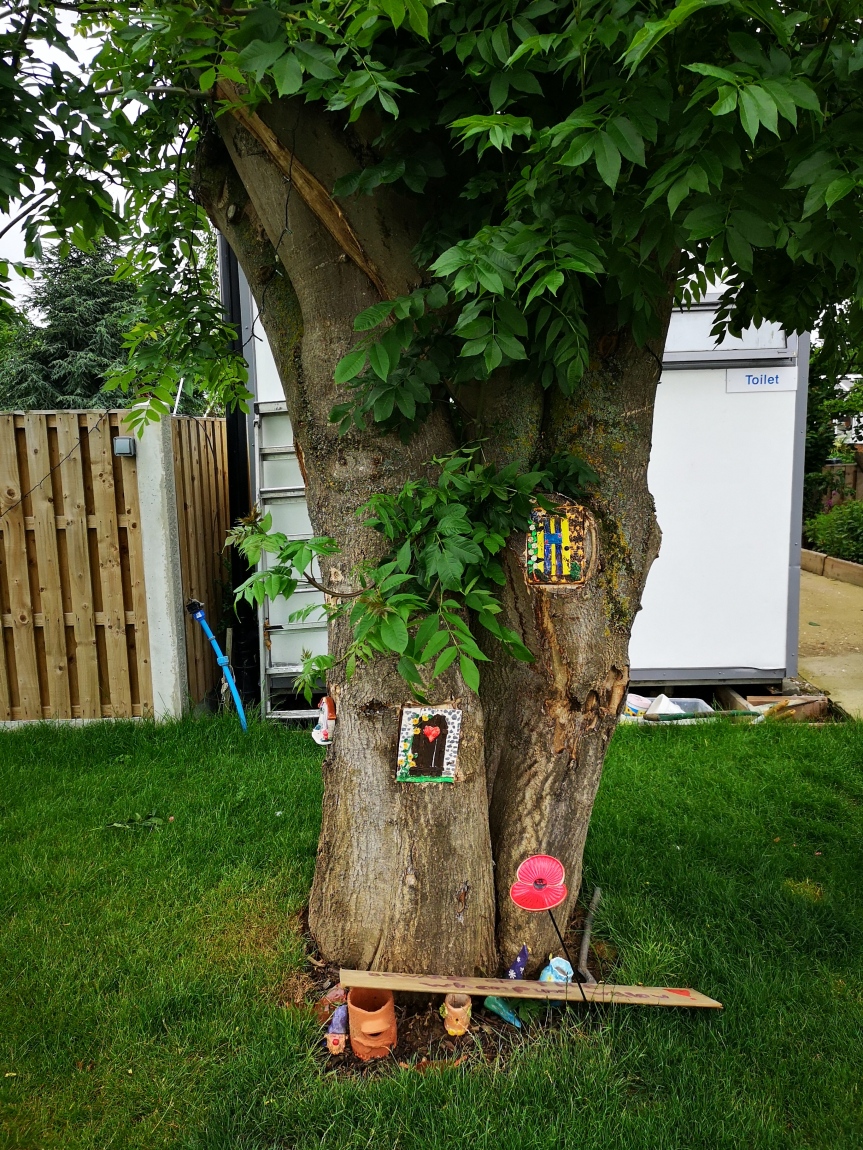 So if you’re interested in the pottery there is a studio fee of £3.50 plus the cost of the pottery. A mug was £9 and I think the jug was £15. It will take four days to be available as once they are painted they go on the kiln. I got onto kiln chat with the lady and it gets to 1000 degrees and she has to leave them a full day to cool before she takes them out.

She helped out (pretty much did) the foot and hand prints and then gave me a box of letter stamps to do the writing. You can always freestyle but if you’ve ever received a card from me you will understand why I did not.

Then we went home, I was absolutely exhausted after all the stress of the weekend and babywearing all over York on Monday (I’m a cheapskate and park by the racecourse for free which extends the effort). Emily is fairly good at amusing herself at home as the living / dining room is quite baby safe and full of toys so I just let her get on with it and drank tea and read It’s called a breakup because its broken. My friend recommended this and it’s a nice easy read. These things do really help keep my mind on the right side of sanity. A regular reminder not to be a crazy ex wife.

And then the baby sensed my tiredness and went to bed at 8pm without starting a fight with the bedroom blind. Win win win.